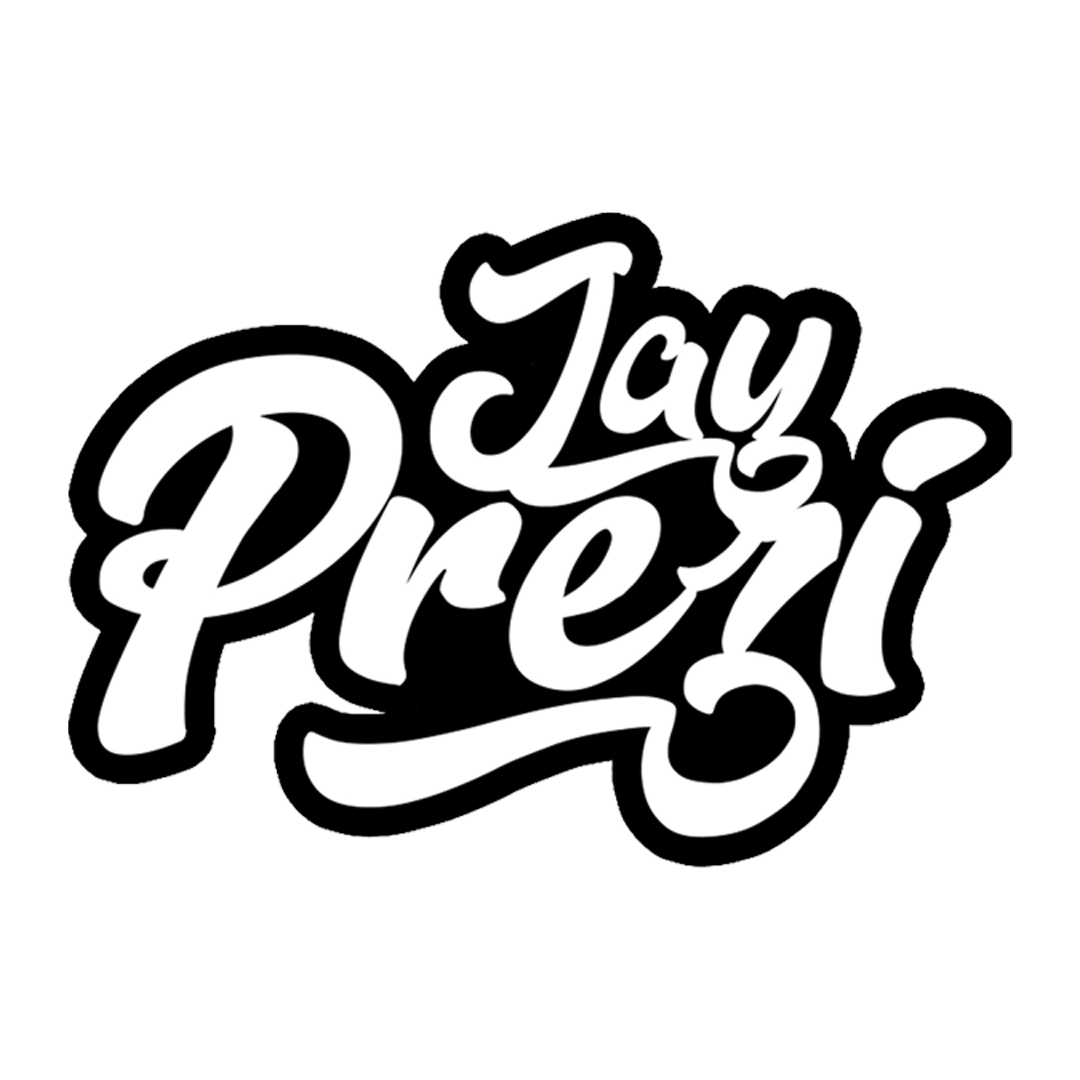 Jay Prezi visits the Shade 45 station at Sirius XM to talk with Gray Rizzy on We Ouchea.

Jay Prezi visits the Shade 45 station at Sirius XM to talk with Gray Rizzy on We Ouchea.

Jay Prezi made his way to the Power 105.1 studios to chat it up with EMEZ. Watch them talk about being an independent artist in 2019 and the importance of ownership in music. 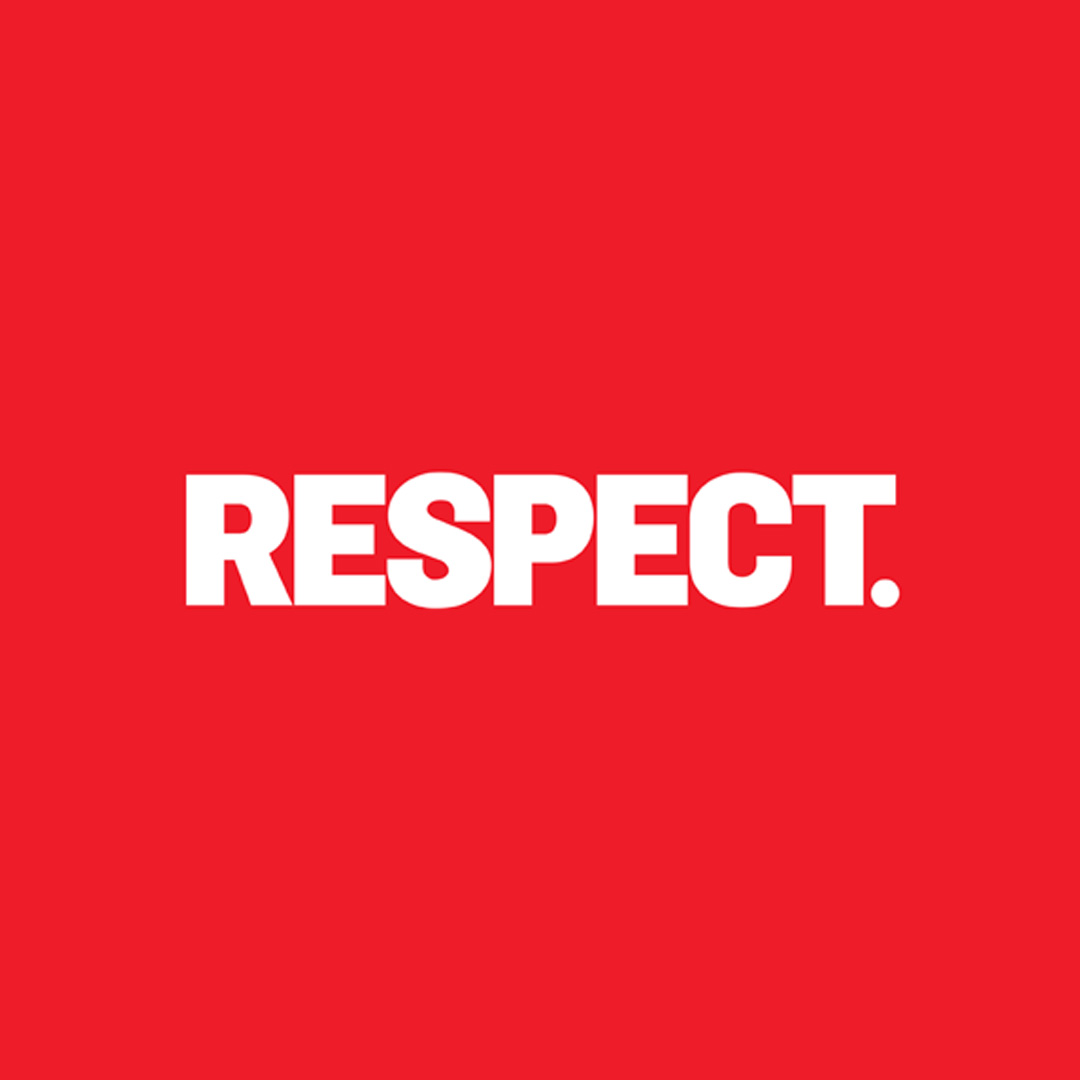 RESPECT. - Jay Prezi Returns With his Latest Visual for “JUMPIN”

Jay Prezi is securing his spot at the top with his latest visual for “JUMPIN”. Throughout the video, the Harlem native makes it clear that he’s here to stay and making a hustling-themed summer anthem. He’s on a mission to show you that not only is he done waiting for doors to open, but he’s building his own.

In the video, he puts his swag on full display. He also brought along some snakes and a pyro dancer, making for some fire visuals. Once again, Prezi teamed up with Cole Eckerle to make one the best videos of the year. Watch the video below, and let me know what you think. 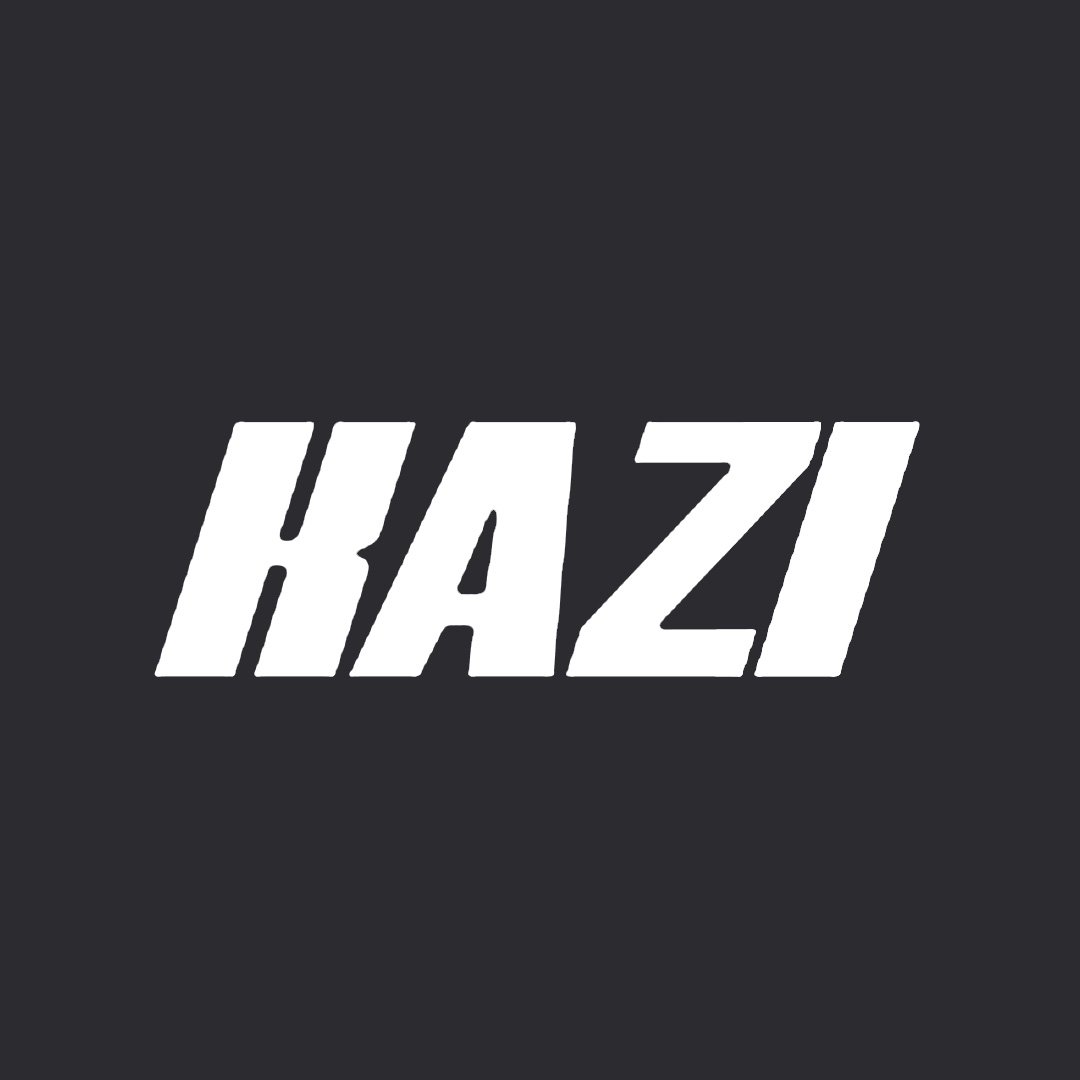 Jay Prezi AKA John John has been poppin’ since his hooping days at legendary streetball courts like Dyckman and Rucker Park. Jay credits a lot of his stage presence and swagger to performing night in and night out for hundreds of spectators during his basketball tournaments. Prezi said, “Where I’m from if someone scores on you, they give you the ball, and you have to make something happen the next time down the court.” John John has since traded his sneakers for a microphone and has been scoring ever since.
‍
Music has always been a staple in the life of Harlem’s youngest OG. As a youth, his father traveled the country on tour with his uncle, legendary Jazz musician Roy Ayers. His mother was also a songstress who would sing in tandem with his father from time to time. 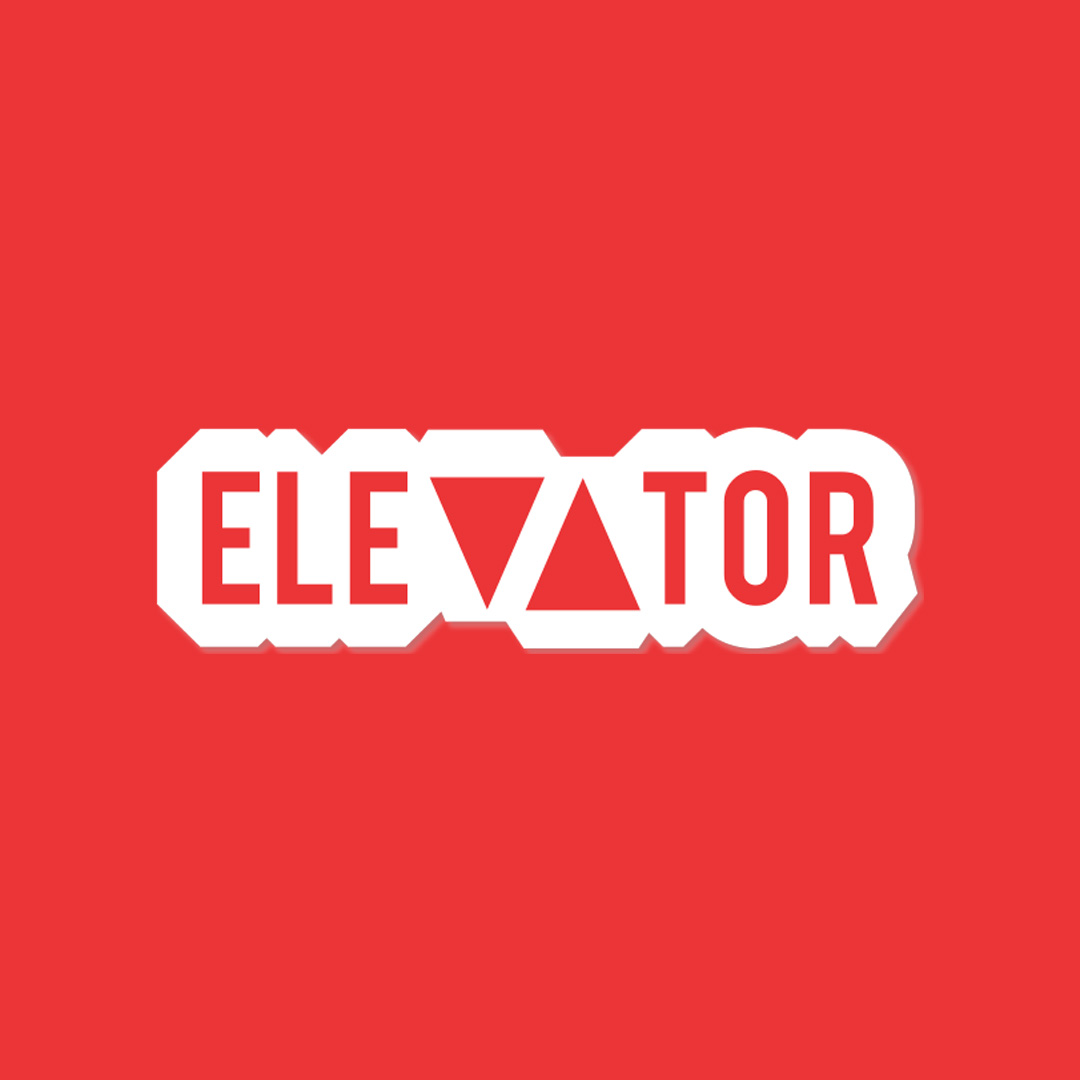 Many of you are likely familiar with Harlem’s Jay Prezi, you just probably aren’t aware of it. Well, the young rapper appeared alongside living legend in Tennis, Serena Williams, and NFC Championship-winning quarterback-turned-activist Colin Kaepernick in the “Just Do It” campaign run by Nike. Evidently, Prezi made an impact on the brand as they collaborate with him to bring to life the visual for “Revenge.”
‍
It was surely a popular track off of his December EP blood.sweat.tears but it’s the visual that could take him to the next level. Directed by Cole Eckerlee, Prezi joins his homies to run a few games, rap in the bleachers, and flex on his own in full Nike gear.

Jay Prezi was selected to be featured in Nyla Simmone's Up Next interview series through Power 105.1. During the interview, Nyla Simmone had Jay Prezi do two separate freestyles to "Flava in Ya Ear" and "Ooochie Wally."
‍
He also spent time promoting his upcoming project, blood.sweat.tears, spoke about why he's Up Next, and discussed why the entire project was freestyled in the booth. 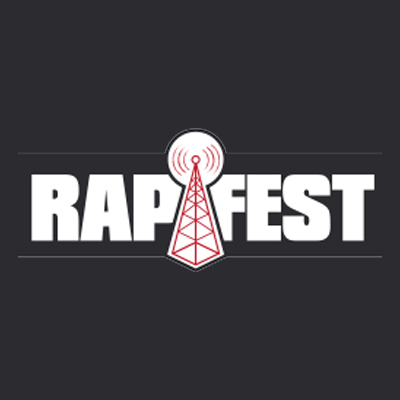 Back in July Harlem representer Jay Prezi dropped his critically acclaimed mixtape JOHN JOHN: MCLXXV and he is already gearing up to drop the follow-up project Blood.Sweat.Tears before the year is up. While we wait on more info on his upcoming project Jay Prezi returns with his first release since dropping JOHN JOHN: MCLXXV titled “Doop Doop (Finessin).”

The Rey Stack produced song features Disco Black and finds Jay stepping out of his comfort zone and crafting a radio-ready party record but at the same time not compromising his lyrical content. This joint is a banger, don’t be surprised if you hear Flex spinning this one. 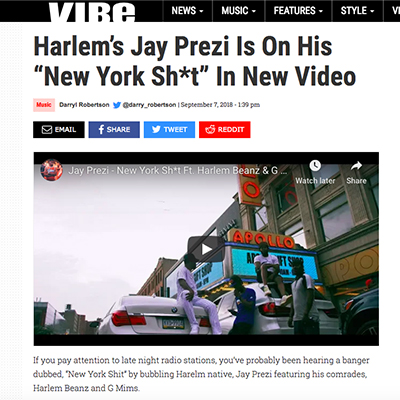 Funk Flex and several XM radio DJs’ have been spinning “New York Shit.” Well, the rookie rapper also unleashed the song’s visuals. With Cole Eckerle behind the lens, the Uptown crew talk their Rotten Apple shit while posting in front of the famous Apollo Theatre, Times Square and other Uptown spots.

RapFest - John John: MCLXXV is the Soundtrack to Your Summer

Harlem’s own Jay Prezi has been waiting on this moment for a long time.

Of Rapest Radio, he told us that it’s going to be a hot summer after his project dropped. The day is finally here.

Prezi recently dropped his new project, John John: MCLXXV, and it’s definitely a project you don’t want to miss out on. 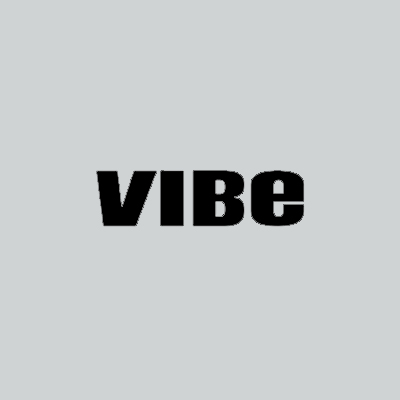 Harlem’s own Jay Prezi has been building relationships in the industry, and consistent with unveiling mixtapes. This week, the Uptown-bred stepped out with his latest offering, John John: MCLXXV. On this 14-song opus, the former Manhattan Center for Science and Mathematics–the former high school of Cam’ron and Ma$e–B-Ball star invites listeners into his world as he details his coming-of-age in Black Manhattan, making for a gripping Harlem tale.